A step forward in fuel technology

Collaboration and technology go hand-in-hand and this was on full display when the Aramco Fuel Research Center (AFRC) in Paris unveiled the latest development in its energy efficient, Octane-on-Demand (OoD) engine technology. Since 2013 the project has been a collaboration with prestigious French energy research institute IFP Energies nouvelles (IFPEN), with the goal of improving fuel efficiency and reducing emissions.

IFPEN, a leader in its field, which also receives Saudi Aramco sponsored students, brings with it a very strong background in engine fuel matching, and for its part, Saudi Aramco brings knowledge of fuel production and industrial networks.

“The main objective was to demonstrate the possibility of reducing CO2,” says Center director at the AFRC, Pierre Olivier Calendini. ”In the past three years, roughly 30 people have been working on the project from the IFPEN side, alongside six from AFRC and numerous partners such as PSA (Peugeot Citroen SA), a major French automaker.”

The OoD technology has been fine-tuned over the last four years in a joint effort between the teams in Paris and Dhahran. The latest developments in the project show that the refinements made to the engine have led to a distinct reduction in CO2 emissions. Three years of in-house engine design and tests within IFPEN and collaboration with PSA have culminated in the successful integration of OoD technology in a passenger vehicle.

Reflecting on the demonstration, Ammar Nahwi, manager of the Research and Development Center in Dhahran said, “Octane-on-Demand is an opportunity to improve fuel efficiency by using the octane only when you need it. This will improve fuel efficiency while reducing overall energy requirements to manufacture gasoline fuels in the future.”

The current vehicle technology relies on a dual fuel concept allowing real-time modification of the fuel’s anti-knock quality, therefore minimizing CO2 emissions. Measurements showed that the OoD concept delivers a 4% reduction in the tailpipe CO2 emissions, while the CO2 intensity of the fuel is also around 9% lower than that of conventional fuel. It is estimated that an additional 15% reduction in CO2 emissions could be achieved by combining the OoD concept with the other advanced engine technologies.

For AFRC director Calendini, this is only the start, with other exciting projects already underway at the research center. “At this time we have a vehicle that uses two tanks with two different fuels. The next step is to use only one fuel and process it with an on-board fuel upgrading system. We are working with Dhahran to build the first prototype and hope to send it to the Kingdom for testing soon.”

Saudi Aramco’s research in the field of fuels technology is part of our commitment to a cleaner environment, as demonstrated in the leading role the company took in Oil and Gas Climate Initiative and COP21 deliberations. In addition, Saudi Aramco can leverage our strategic position within an established automotive ecosystem to become a technology leader in fuels and transportation. 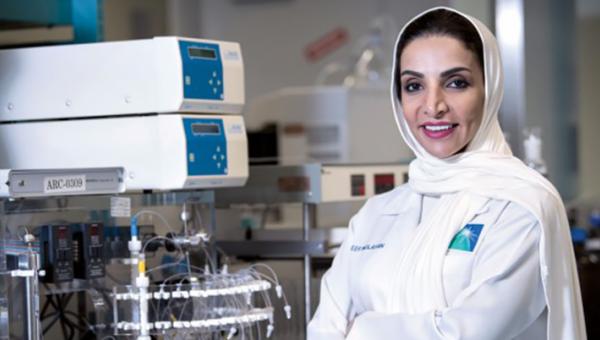 Oil and Gas Woman of the Year 2017: Abeer Olayan

Oil and Gas Middle East and Refining and Petrochemicals Middle East recently held its eighth annual award ceremony to recognize excellence in Middle East upstream and downstream industries. Abeer Olayan, a petroleum scientist at the EXPEC Advanced Research Center (EXPEC ARC) who develops new materials for drilling fluids and cementing, was recognized for her outstanding contributions to the oil and gas industry. 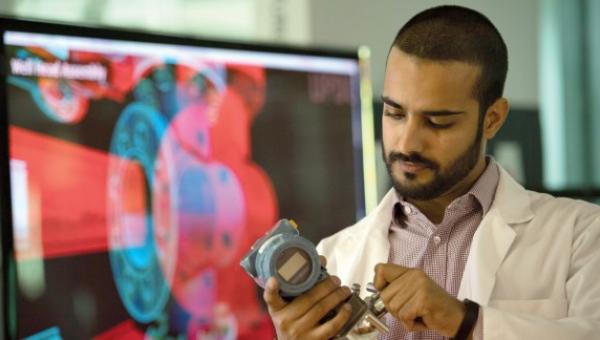 Creating and sustaining a culture of innovation

What do you get when you put an inventor, industrial design specialist, patent attorney, commercialization and licensing specialist, and entrepreneurial specialist together in one room for three days? The answer is the ultimate mentorship accelerator for taking great ideas to market.